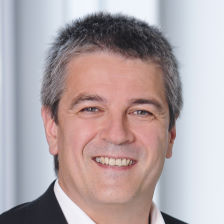 Throughout 2022, I used the EUC Score toolset to check out some of the most popular end-user computing solutions. Not surprisingly, Citrix Cloud and VMware Horizon were high on my list. Now at the end of this year, I want to share some test results I collected in Citrix Cloud on Azure and VMware TestDrive.

Check out my Citrix Cloud on Azure observations: An HDX connection to a GPU-accelerated session. The EUC Score Sync Player shows details of an HDX session running on an NCasT4 v3 VM type with 20ms RTT, located in Azure West Europe. Here are the VM specs: AMD EPYC 7V12 64-Core Processor 2.445Ghz 8 vCPUs, 28GB RAM, HDD 126.45GB, NVIDIA Tesla T4, and 16GB VRAM. The Sync Player side-by-side view shows the comparison of the HDX connection with an RDP connection to my lab reference server. In a nutshell, the performance of the NVIDIA Tesla T4 GPU in combination with the Citrix HDX protocol is very good.

When you click on the following link, you'll see some amazing VMware TestDrive results: A Blast connection to a GPU-accelerated session in VMware's Houston datacenter with 130ms RTT from the Horizon client in my lab. Here are the VM specs, running on a VMware ESXi hypervisor with Xeon Gold 6140 2.30GHz host CPUs: 4 vCPUs, 8GB RAM, VMware Virtual disk SCSI Disk Device 150GB, NVIDIA GRID V100-2Q vGPU, and 2GB VRAM. I was really surprised about the outstanding application performance and the low response time despite 130ms network latency. This clearly shows the power of the NVIDIA V100 GPU in combination with VMware Horizon.

If you like this kind of performance test visualization, feel free to check out more examples of my EUC Score test results.